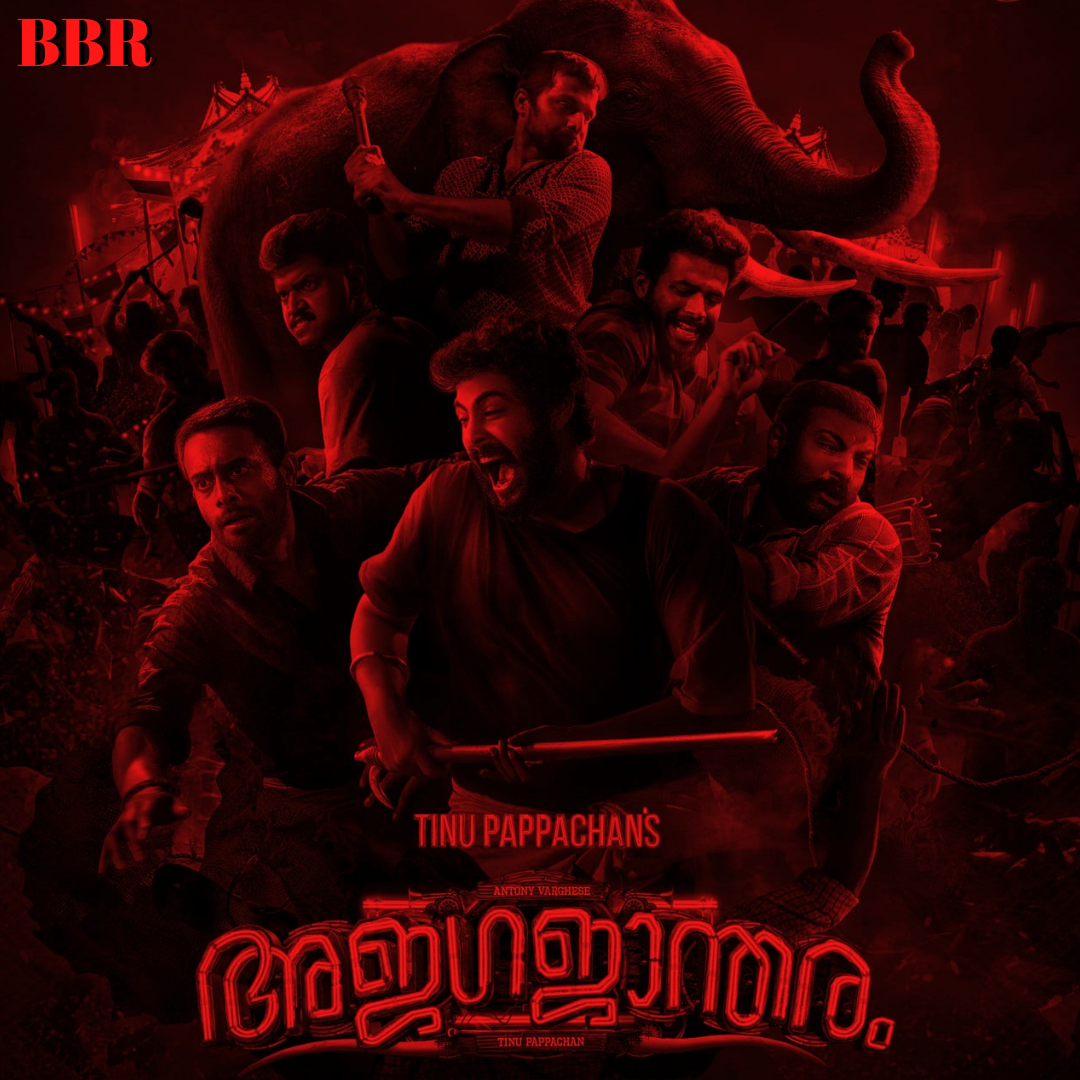 Streaming in Theatres near you.

There is a common saying in Malayalam “Onnu paranje randine adi kooduka”, which roughly translates to say something (could be something trivial), and fight over it immediately before you could count to two. If that saying could be made into a film, then this is it.

Ajagajantharam builds upon a simple premise that involves a tussle between the local people and the elephant handlers during a temple festival. There is no clear cut plotline to be followed but a bunch of interconnected events.  All the actors including Antony have done a great job in creating a mood of impending danger, but I wish he would branch out and attempt diverse roles as all his roles till now are more or less the same. That goes for the director also as he is a bit too influenced by his mentor LJP.

As mentioned earlier, action sequences and the accompanying music are the two factors acting as the pillars for the movie. However, it feels overdone and repetitive after a while. The comic relief in between somewhat helped in breaking the monotony. Overall it is a fun watch if you don’t mind raw, grounded and mindless action and it was wonderful to see the entire theatre on its feet for a song after a long time.