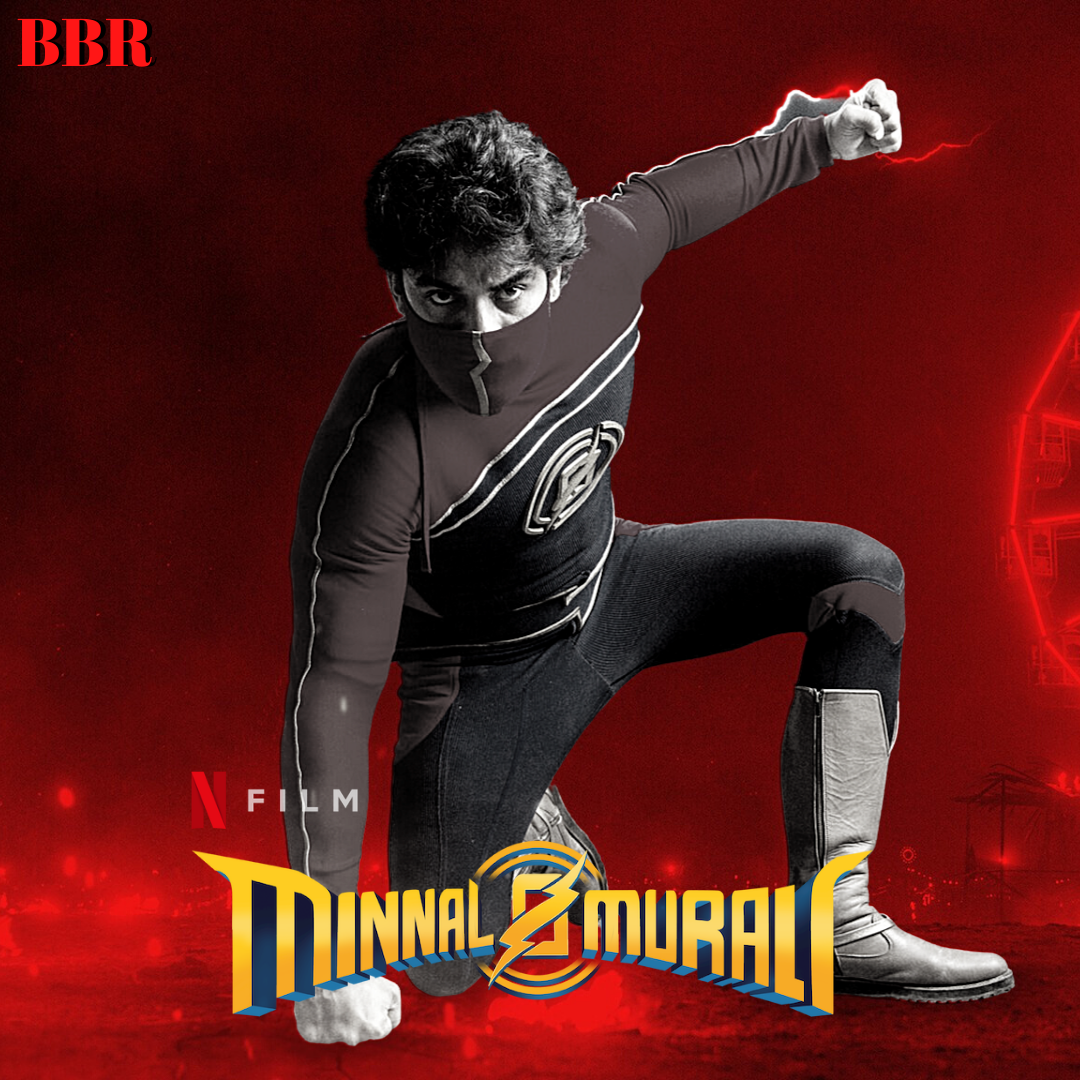 “Blazing lightning gleamed
A raging tempest and rain clouds rolled over
to protect the lands
The valiant one has descended! “

Harshvardhan Kapoor played a masked vigilante in Bhavesh Joshi Superhero (2018) which was released 3 years ago. It was a film with a tag of a desi superhero which only reached a niche audience but was a fantastic movie in my opinion. When it comes to this year’s most anticipated movie, Minnal Murali of the same genre, it made me wonder how they’re gonna put a masked superhero guy in a Kerala village. My initial thoughts directed to a man with a bare chest and coloured lungi saving lives from earth eating aliens.

Set in this village named Kurukkanmoola, Jaison is planning to emigrate and get settled in a foreign country to become rich. One Christmas eve, Jaison gets struck by lightning which gives him superpowers. Basil’s comfy filmmaking universe stands on the correlated nearby village locales with light-toned interesting characters of the fun-filled 90s. The nostalgic elements and villageries make his films jovial to watch. When Jaison aka Minnal Murali wears Lungi, check shirts and thorthu for the mask, It’s a cool and creative approach towards a superhero recipe.

The film exceeded expectations in the first 80 minutes which made me think something better was yet to come. But somewhere it loses a punch. On a positive note, the storytelling is more in a convincing or a realistic gesture which beholds a logical structure that focuses on drama rather than a visual grandeur.

There is a scene during a fight sequence where Minnal Murali panting syncs with the beats of Kithachethum Kaatte (Song from Hitler[1996]). There are such scenes that felt laudable for their minimal yet efficacious enactment of ideas.

The saturated tone and shifts in aspect ratio during the action scenes felt exemplary and the frames are pleasant to the eyes. Guru Somasundaram steals the show and Tovino shines like a bolt of lightning. The characterisation of others felt confined which may be flared to the upcoming sequels. Although all performances were pretty good, I missed the kickass promo music which whistled back for months since the teaser.

Minnal Murali is an attempt that needs to be admired and inspires much more superhero movies to come in the future. The Malayalam film industry with its constraints in building a superhero is a grand idea, that no one dared to explore satisfactorily here. But Basil and crew created such a film decently well and it gives a green signal for more friendly neighborhood superheroes.