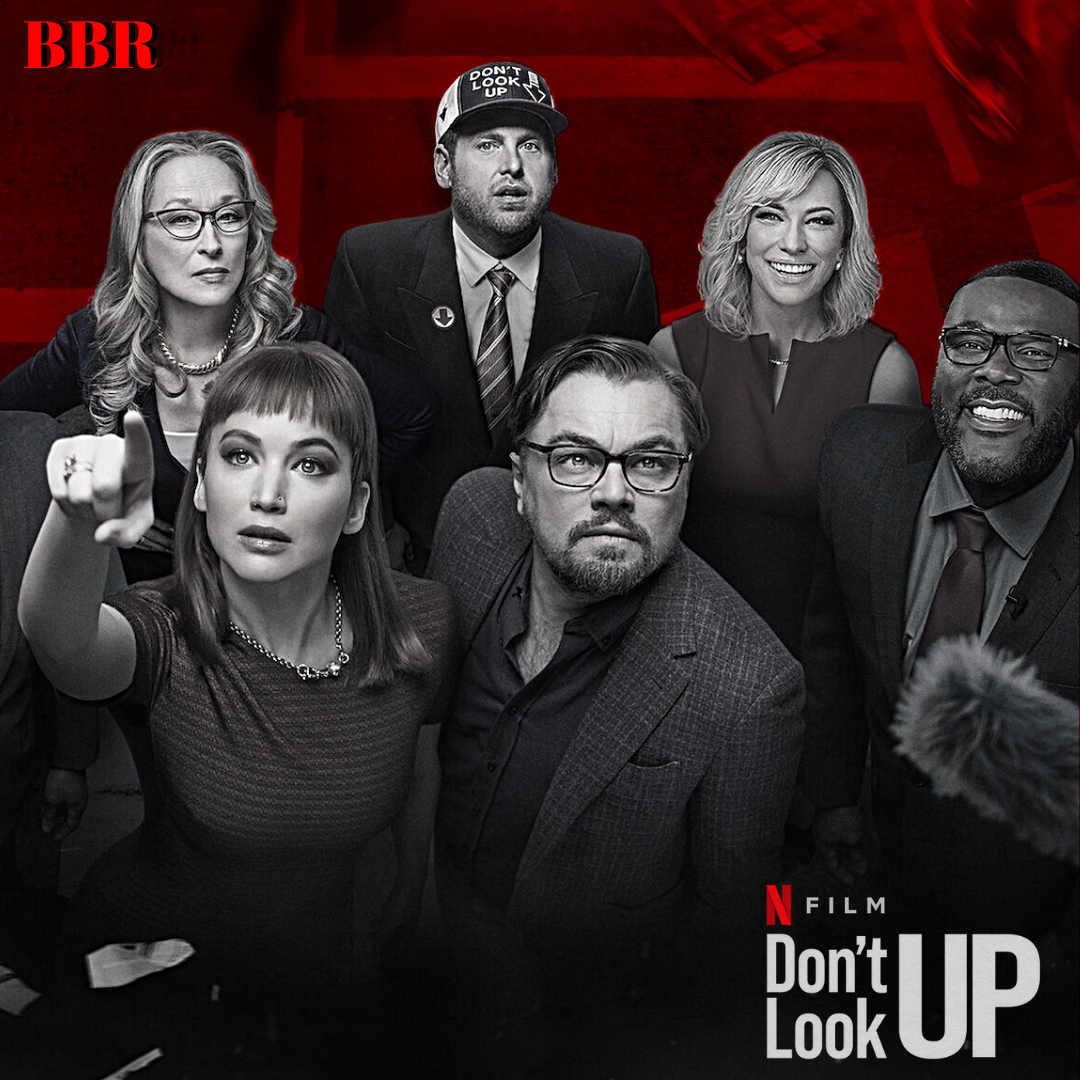 It’s not every day that you get to see Meryl Streep playing a version of Donald Trump and Mark Rylance playing Elon Musk along with stalwarts like Leonardo DiCaprio, Jennifer Lawrence and many other big names. Don’t let the ratings prevent you from looking up at the film.

At face value, it deals with an extinction-level threat that arises from a comet strike. Thematically it attempts to create an ideological conflict between liberals who always take refuge in morals without any final goals versus the materialistic whose only intention is to make a profit even from an apocalypse. Thus it did not shy away from mocking the US and its usual agendas.

As the plot picks up pace, it swings from the laughable side of a world end scenario to the solid depiction of human inclination for power and money and at the end hits the target with a bang to open up our thoughts.

The reviews paint a picture of a star-studded failure and it was reported as DiCaprio’s worst-reviewed film in last decade, this can be probably attributed to the fact that the critics were not pleased with the presentation of USA in a bad light, however, the film depicts the ground reality of governments around the world in their never-ending pursuit for supremacy and definitely calls for a watch!